NEWLY-WEDS-Joe Demaggio and his bride, Marilyn Monroe, were served refreshments in the Japan Air Lines Terminal during a brief layover en route to Fukuoka, Kyushu.The famous couple signed autographs and met base officials while at Itami AB.(Itami Air Base Photo)

Joe DiMaggio, his bride, the much publicized film star, Marilyn Monroe, and Lefty O’Doul stopped briefly at Itami Air Base last Monday evening en route to Fukuoka, Kyushu, via a Japan Air Lines flagship. DiMaggio and O’Doul were scheduled to spend three or four days on the southern island coaching baseball players in the Central League before returning to the Kansai District “to help get the baseball season underway in Kobe and Osaka.After the Japan Air Lines DC-4 was parked, the “YankeeClipper”stood on the Loading platform and talked with the large crowd of military personnel, dependents and Japanese Nationals who had come to see the famous newly-weds. Later Marilyn appeared in the doorway of the flagship and posed for photographers.The 20th Century Fox actress did not appear “misty eyed and moisty-lipped” etc.,etc. She simply looked like the beautiful wife of an exbase-ball star, apparently happyand very much in love with her husband.During the ten minute press conference in the JAL terminal, DiMaggio reiterated his reasons for combining his honeymoon with a baseball visit to Japan. His wife sat beside him patiently while photographers took more pictures and the crowd passed bits ofpaper through a terminal window for her to autograph.
Asked if she thought her squabble with 20th Century Fox would be ironed out soon, Marilyn said, “I certainly hope so, I am definitely against making ‘Pink Tights.’The picture has been produced three or four times under various different names. I would like to appear in more musicals like ‘Gentlemen Prefer Blondes”. Marilyn seemed anxious to get started on her scheduled trip to Korea the 16th. She will make as many stops as possible during the four-day tour, traveling from post to post by helicopter.The DiMaggios will leave for the states on Feb. 24, Joe will proceed to New York immediately, and ifMarilyn’s suspension has not ended by then, she is expected to accompany her husband East. 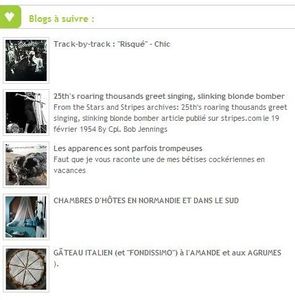