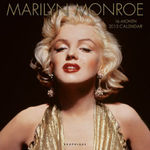 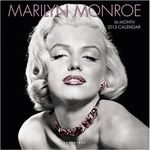 Présentation de l'éditeur:  "SHE STARTED OUT WITH LESS THAN ANY GIRL I EVER KNEW" So recalled Hollywood modeling agent Emmeline Snively of her client Norma Jeane Dougherty at the age of 19. "But she worked the hardest. She wanted to learn. She wanted to BE SOMEBODY more than anybody I ever saw before in my life." And she became Marilyn Monroe. That is, in the eyes of all but a select few insiders who like Miss Snively saw that the greatest sex symbol of all time was a pure fabrication. An exquisitely crafted act. A dazzling illusion who disappeared as soon as the makeup came off at night. Through those insiders' eyes CASTING NORMA JEANE now recaptures the late summer of 1946 as a restless model and starlet described as "pretty but plain" steps into a role that will make her the most photographed, most talked about, and most written about woman of the 20th century.