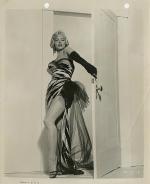 Recognize the name Norma Jeane Mortensen? We didn’t think so – Norma Jeane Mortensen is more affectionately known to the entire world as Marilyn Monroe – one of the most well known icons associated with beauty in not only the United States – but the world. In honor of her 87th birthday on June 1, we take a look back at the one of the most well known pop culture icons in the world.

Marilyn Monroe is probably the most celebrated and recognizable actress in the entertainment industry. Sure, she sung of diamonds being a girl’s best friend, but her life was anything but grand prior to being discovered by RKO Pictures’ Howard Hughes, a multi-millionaire businessman, film producer and director.

Her father abandoned the family prior to her birth, poverty was a constant struggle, and her mother was mentally unstable. At the age of nine, she was placed in an orphanage after being in and out of various foster homes.  After overcoming a seemingly difficult childhood, Marilyn Monroe went on to make a name for herself in the growing entertainment industry.

Did you know any of these fun facts about Marilyn?

We decided to honor Marilyn in true Redesign fashion, and it was obvious it would not be hard to find amazing pieces of art that paid tribute to this iconic figure. Check out our 15 favorite artist tributes to Miss Monroe below. Portrait Made of Thousands of Circles by Ben Heine

It took the artist a week of intense work to create this piece. We also featured his portraits in our Lady Gaga and Elvis Presley roundups. 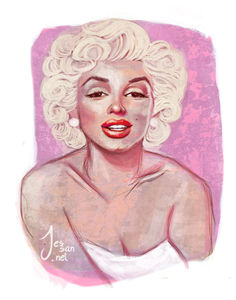 Day of the Dead Marilyn by misscarissarose 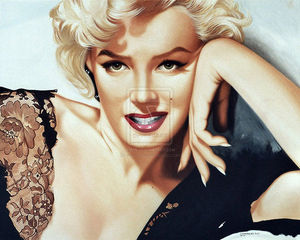 Acrylic on Canvas by antonio56