A new biography of the singer claims the Hollywood beauty turned him down because she was secretly back with estranged husband Joe DiMaggio. 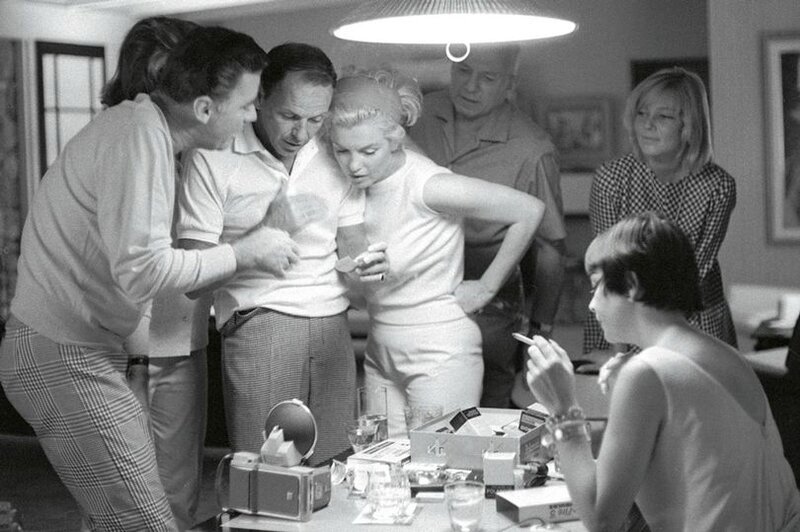 Marilyn Monroe turned down an offer of marriage from Frank Sinatra , a new biography of the singer claims.
Sinatra thought he alone could stop Monroe’s downward spiral that would lead to her death from a drugs overdose, aged 36, in 1962.
But he was rebuffed because the Hollywood icon was secretly back with her former husband, baseball player Joe DiMaggio .
In his book The Chairman, James Kaplan says Sinatra once took Monroe to his Cal-Neva resort in Lake Tahoe and looked after her when she was ill. Wining and dining: Sinatra with Marilyn at a Hollywood function

Sinatra supposedly believed he could save Monroe from the vultures he saw as leading her towards her doom.
By that time Sinatra had divorced second wife Ava Gardner but had not yet married his third wife Mia Farrow - while Monroe had divorced her third and final husband Arthur Miller.

Jilly Rizzo, Sinatra’s closest aide, told the author: “Yeah, Frank wanted to marry the broad.
"He asked her and she said no.”

The pair had met before 1961, but Kaplan claims that was the year Sinatra’s interest in her peaked.
DiMaggio and Sinatra became rivals and the enmity was so deep that the singer was turned away from Monroe’s funeral, even though he tried to force his way in with bodyguards.
Milt Ebbins, a talent manager, added: '"There was no doubt that Frank was in love with Marilyn."
What Sinatra didn't know at the time was that Monroe had agreed to give DiMaggio another chance, and was also seeing other lovers.