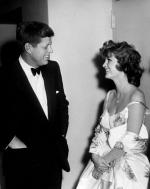 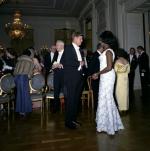 Commentaires sur President Kennedy Chats With Marilyn Monroe and Others...