So I haven’t actually got the scoop of the century, sharing unseen photos from Marilyn Monroe and Arthur Miller’s wedding… but I’ve got the next best thing ! This shoot, photographed and styled by Claire Macintyre Photography, has got to be one of the closest homages to this iconic wedding that I’ve ever seen ! Claire explains, “Our inspiration was Marilyn. She is the ultimate Rock n Roll bride, and I have always been completely fascinated with her. I am getting married in 2017 and she is the first place I went to for inspiration. I absolutely loved the laid back, intimate vibe of her wedding to Arthur Miller. I loved the really low key glamour, with the focus completely on them and not complicated by heavy décor and fiddly details.” 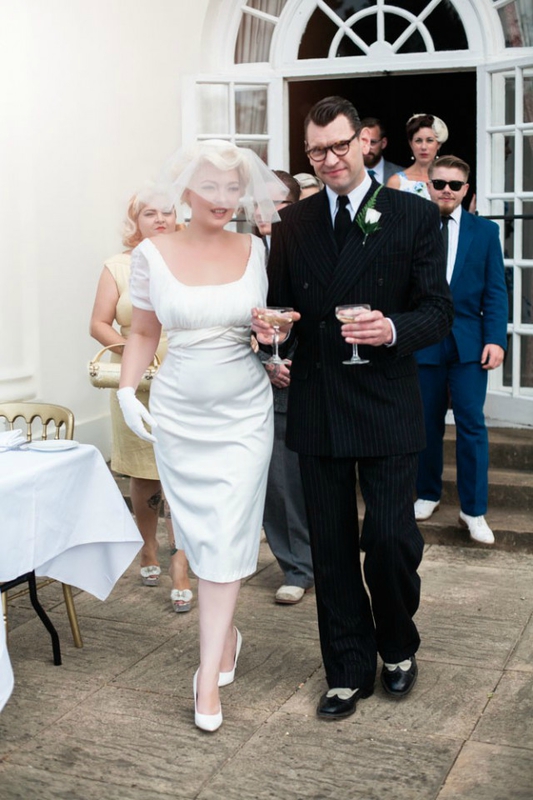 This photographer perfectly nails Marilyn Monroe as a millennial 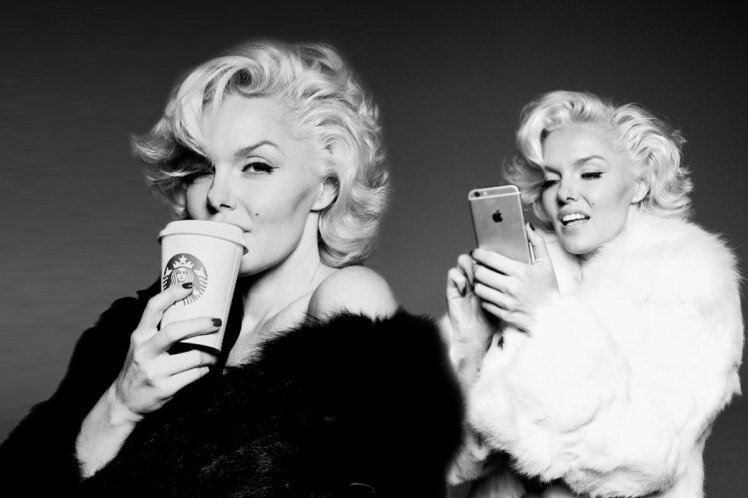 Let’s be honest, if Marilyn Monroe had been a millennial she would have been the queen of the basics.

After all, she was the poster girl for mass-produced popular culture in her own era – remember those works by Andy Warhol ?

Now she lives on in the Facebook profiles of basic bitches everywhere, with the quote ‘If you can’t handle me at my worst, you don’t deserve me at my best’ plastered over her face.

(FYI she probably never even said that – there’s no attributable source for it – but if you’re into posting quotes from teenage girls attributed to our favourite blonde bombshell we have an excellent generator you can use: marilyn's quote

In today’s world, she’d definitely have a softly filtered Instagram account with more followers than the entire Kardashian family combined.

And would probably be in adverts for Starbucks, seductively giggling over a pumpkin spice latte.

Which is something 20-year-old photographer Daniel Sachon has perfectly captured in a series for his first solo exhibition ‘Disruptive Innovation.’ Sachon told Metro.co.uk: ‘The concept behind the series was looking at Marilyn and our generation’s fascination with her, and in general how we are an incredibly nostalgic generation who innovate and move forward through our obsession of the past.’

He says that works like Chanel to Bed (above) reflect on Marilyn’s huge impact with people today, ‘perhaps it is because she reflects a time where fame was special and nothing like today’s instant fame.’ Sachon thinks some of the allure comes from the lack of work she did for advertising brands, unlike today’s commercialised celebrities.

He explained: ‘With the works ‘Millenial Marilyn’ and ‘Coffee Break’ I am looking at where Marilyn would be today, in a world where fame is more transient than ever and the relationship between brands and celebrity is stronger than ever before.’

Take, for example, the fact Monroe never appeared in a Chanel advertising campaign while she was alive. Her links to the brand come from an answer to the question: ‘What do you wear to bed?’
Her answer ? ‘Chanel No. 5.’

Also can we take a moment to appreciate that this isn’t actually Marilyn Monroe photographed, but actually look-a-like Suzie Kennedy ? Here she is hanging on set with Daniel Sachon and his makeup artist sister Amy Sachon: If you think today's stars go to great lengths for beauty, it's nothing compared to what the screen sirens of yore did for vanity's sake. From DIY techniques that belong in your routine to *don't try this at home*, here are the super-sneaky beauty secrets of Hollywood's golden age. To make her lips appear fuller, Monroe would have her makeup artist apply 5 different shades of lipstick and gloss to create dimension. Darker reds went on the outer corners, while lighter hues were brushed on the middle of the lips.