World War II veteran Ken Westcott and wife Bette celebrated their 70th wedding anniversary on Sept. 24, and during their years together — the couple met at Alexander Hamilton High School in Los Angeles in 1941, when he was a senior and she was a freshman — they've brushed elbows with some of the most famous celebrities of our time.

Ken's grandfather, Frederick John Westcott, who went by the stage name Fred Karno, was the producer who brought Charlie Chaplain and Stan Laurel, of the comic duo Laurel and Hardy, to the United States from England, where they performed in a troupe known as "Fred Karno's Army." Ken's father, Fred Karno Jr., brought his wife and children to . this country when Ken was around 3 years old. He went to work at Hal Roach Studios in Culver City.

While Westcott was still young his father returned to England and wasn't heard from until many years later.
Following his father and grandfather into the entertainment business, Westcott started working at MGM while he was in high school. He worked in the studio's commissary during the filming of the 1939 movie, "Gone with the Wind." Each day, he served 800 box lunches to extras working on that film, which starred Clark Gable, Vivien Leigh, Olivia de Havilland and Hattie McDaniel. 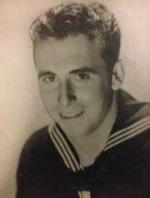 He joined the U.S. Navy in February 1941 — nearly a year before the United States entered World War II after the Japanese bombed Pearl Harbor on Dec. 7, 1941. After completing boot camp at North Island in San Diego, he attended submarine school in San Diego. Near the end of his training, he came down with a bad case of the flu and by the time he got out of the hospital, his class had graduated and its members had moved on to their assignments.

"They put me into a class to be an aviation machinist's mate," he said. "I spent a year there, then I was sent back to the West Coast."

He was shipped to the South Pacific in 1942, where he served as a flight engineer aboard a PBY5-A Catalina flying boat. He flew with Patrol Squadron VP-72.

From Kaneohe Air Force Base in Hawaii, Westcott and his crew flew to Funafuti Atoll in the Gilbert Islands. As a mechanic and flight engineer, he was in charge of the four other enlisted men aboard the seaworthy aircraft. The officers included a pilot, co-pilot, navigator and bombardier.

The hulking seaplane could land and take off in the water, carried two torpedoes and .50-caliber and .25-caliber machine guns.

"We had the 25 caliber in the tail. A lot of times, he would be firing out the back end. We would go out and patrol on 15 hour flights. Most of the time, we were low ... we'd fly around 400, 500 feet. We saw everything. We torpedoed enemy submarines and ships. I liked that plane. I liked what I was doing."
Westcott's crew flew missions every other day.
"You probably flew 35 or 40 miles until you got down into the enemy's area and you'd look, and if you saw something, you'd go in. We would go to one island and when that island was cleared, we'd go to another one.
The crew's living conditions on those remote sand specks in the Pacific were primitive.
"You couldn't take a bath — you were out there with a wash basin and a wash rag ... with a shower hanging out of a tree."

Westcott and his crew island-hopped across the Pacific from 1942-44, making stops in Kwajalein, and the Gilbert, Marshall and Mariana islands.
"We always had our plane on water, so we'd go out in a little boat and get on the plane and the only time we took it out of the water is when we had a check-over. Otherwise, it stayed in the water."

When Westcott returned to the states in early 1944, he proposed to Bette and the couple married in the fall.
They kept in contact during Westcott's overseas deployment.
"We wrote letters," Bette said. "He always signed them, 'Your big brother Ken.'"
"I wanted to marry her — that's the reason I wrote her a lot of letters," Ken said, laughing.
Westcott was sent to Corpus Christi, Texas for advanced training, and a month after the couple married, Bette took the train to join him.
Shortly after arriving, she found out she was pregnant. Not feeling well during her pregnancy, she went to stay with family in Oklahoma for a few months, and when Westcott received orders to go back to San Diego, the couple returned there together.

After Westcott got out of the service, he went back to MGM, where he landed a job as second assistant property master. During a strike, he worked temporarily for Armored Transport and UPS. He returned to the studio when the strike was over.
He spent a year in Rapid City, Iowa as an assistant property master, then worked on films including 1955's "Bad Day at Black Rock" with Spencer Tracy.
He left MGM to work at Hal Roach Studios, then returned to MGM, where he started working as property master on "The Lucy Show" (1962-68) and "Here's Lucy" (1968-74).
As property master, he was responsible for all of the props used in every scene of every show or movie.
"I had to make sure if they did a retake, items in the original shot had to be in the same place.

A star-studded cast of celebrities guest-starred on Ball's show, including actors such as Joan Crawford (who also sent Westcott a note of thanks for his help during the episode in which she appeared), Jack Benny, Bob Hope, Tennessee Ernie Ford, and Claudette Colbert.
At one point, he mentioned to Ball that he had not seen or heard from his father in years.
"I was telling Lucy about that, and she called BeBe Daniels," Westcott said.

Daniels and husband Ben Lyons, both American actors, lived in England. At the time, Lyons was doing a show in London.
"BeBe Daniels and Ben Lyons looked into it for Lucy and they found out my dad was working on the show. I talked to him and I got a letter from him. I never heard from him before."

Bette spent some of her early teen years palling around and double-dating with a "very shy, sweet girl," who would later blossom into one of Hollywood's most famous starlets.
"I did not know Marilyn Monroe — I knew Norma Jeane Baker," Bette said. "We went to junior high school together."

The two lived in the Sawtelle district in Los Angeles, where they attended Ralph Waldo Emerson Junior High School, graduating in 1941.
"Here's Norma Jeane — we were up at Arrowhead," Bette said, flipping through a notebook filled with photos of Bette and the future movie star.

A little trivia: Kenneth Westcott's name appears as one of the players in the Palm Springs Golf Classic in "Lucy and Carol in Palm Springs." The episode aired on Nov. 7, 1966. 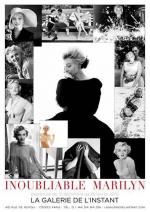 Gif The Prince and the Showgirl (3) - Powdered Marilyn 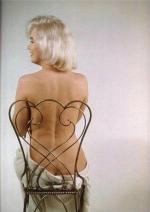 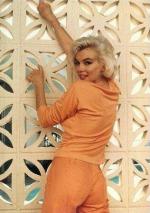 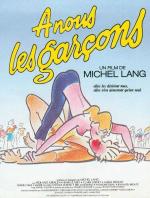 Disc 5 - (Pink Translucent)
Side A:
1. My Heart Belongs To Daddy
Side B:
1. She Acts Like A Woman Should