Lot 925: MARILYN MONROE 1950 EMPLOYMENT RECORD CARD
A Marilyn Monroe change of rate or position with 20th Century Fox dated June 8, 1950, indicating that Monroe was laid off following the filming of All About Eve (20th Century, 1950). The card is handwritten in an unknown hand and states that Monroe is a “Contract Feature Player.” Later that year, Monroe signed a seven-year contract with 20th Century Fox. Accompanied by a black and white publicity photograph from All About Eve that shows Monroe in her role as Miss Caswell.
Card, 4 by 6 inches; Photograph, 6 by 8 inches
Winning bid:$625 - Estimate: $500 - $700 Lot 946: MARILYN MONROE AND OTHERS FAN MAIL ENVELOPES
A group of five envelopes addressed to Marilyn Monroe, June Allyson, Jean Simmons, Deborah Kerr, and Jeffrey Kerr. The envelopes were mailed by fans in Argentina and the Philippines and are dated between 1954 and 1958.
Largest, 5 by 6 inches
Winning bid:$192 - Estimate: $200 - $400

Lot 947: MARILYN MONROE AND OTHERS FAN MAIL ENVELOPES
A group of five envelopes, addressed to Marilyn Monroe, Jean Simmons, Vera Miles, Jeffrey Hunter, and Mel Ferrer. The envelopes were mailed by fans in Argentina and the Philippines and are postmarked between 1954 and 1957.
Largest, 3 3/4 by 7 inches
Winning bid:$192 - Estimate: $200 - $400 Lot 949: MARILYN MONROE AND OTHERS FAN MAIL ENVELOPES
A group of four envelopes addressed to Marilyn Monroe, Jean Simmons, Clark Gable, and Deborah Kerr. The envelopes were mailed by fans from Argentina and the Philippines and are postmarked between 1954 and 1957.
Largest, 4 3/4 by 6 inches
Winning bid:$192 - Estimate: $200 - $400

Lot 958: PRINCESS CAFÉ 40TH ANNIVERSARY SCRAPBOOK
An embossed leatherbound scrapbook featuring telegrams, news clippings, letters, and cards sent by celebrities, notable individuals, local dignitaries, businesspeople, and family to the Princess Café in Iowa Falls. This café opened in 1915 and is listed in the National Register of Historic Places. The entries in the scrapbook commemorate the 40th anniversary of the restaurant in November 1955. The longtime owners, Harry Pergakis and Ernie Karrys, hired a young waitress named Marjorie “Madge” Meredith, who later went on to become a Hollywood movie and television actress, and the three maintained their friendship through the years. In addition to a signed and inscribed professional Madge Meredith black and white headshot and newspaper articles describing her attendance at the anniversary celebrations, the scrapbook entries include Western Union telegrams, most notably from Marilyn Monroe to Meredith, “AM JEALOUS YOU INVITED INSTEAD OF ME. I STRUCK OUT WITH JOE AND CAN’T EVEN GET TO FIRST BASE WITH HARRY AND ERNIE =MARILYN MONROE=“ and also from Dwight D. Eisenhower, Senator Eugene McCarthy, Princess Margaret of Great Britain, and Sherman Billingsley of The Stork Club in New York. There are approximately 18 double-sided pages of newspaper articles and advertisements, handwritten and typewritten letters, note cards, and the telegrams.
14 by 12 1/4 inches
Winning bid:$512 - Estimate: $800 - $1,200 Lot 986: MARILYN MONROE INSCRIBED DRAWING
A drawing of a nude woman signed by Marilyn Monroe, who inscribed and gifted the drawing to Broadway set designer Boris Aronson. Sanguine on paper, inscribed in blue ink "For Boris -/ Waiting - Wondering -/ Woman - Marilyn Monroe Miller" mounted to matteboard and undated. The drawing has been referred to as "an erotic self-portrait."
Monroe's husband Arthur Miller worked with Aronson on A View From the Bridge around the time of Miller's divorce and budding relationship with Monroe. Aronson, when he first met Monroe, is quoted by Elia Kazan as having said, "That's a wife?" Kazan shared that quote and evidently its sentiment by answering the question in his autobiography as, "Hell no!"
12 by 9 inches; 17 1/2 by 14 inches, overall
PROVENANCE From the Estate of Boris Aronson
Winning bid:$75,000 - Estimate: $8,000 - $10,000 Lot 987: MARILYN MONROE RECEIVED AND SENT CORRESPONDENCE
A group of correspondence sent and received by Marilyn Monroe, including a two-page typed, signed letter to Monroe from Jean Negulesco, typed on Negulesco’s stationery and dated July 14, 1958. The letter is in regard to flowers and a book sent by the director to Monroe. The book was The Midwife of Pont Clary, which Negulesco wanted to adapt into a film for Monroe. He wrote, “The thing of The Midwife of Pont Clary is fundamentally sex …” and later suggests Monroe give the book to her husband, Arthur Miller, to read. Also included are a copy of a wire message sent by Monroe to Inez Melson dated June 10, 1959, regarding the boarding of a bird named Clyde; a typed, signed letter from playwright William Inge complimenting Monroe on her performance in Some Like It Hot (UA, 1959), dated April 6, 1959, and signed “Bill Inge"; and a confirmation copy of a telegram sent by Monroe to Roberto Boss in Mexico regarding a furniture order, with a typed, dictated copy of same, dated June 16, 1962, less than two months before Monroe’s death.
Largest, 11 by 8 1/2 inches
Winning bid:$3,437.50 - Estimate: $1,000 - $2,000 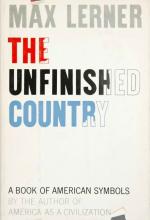 Lot 995: MARILYN MONROE SIGNED CHECK
A Marilyn Monroe signed check from a Marilyn Monroe Productions account with Colonial Trust Company in New York City. The check has been corrected to be numbered 107 in an unknown hand, dated August 14, 1959, and written to Hedda Rosten in the amount of $66.12. Rosten was Monroe’s private secretary at one time. Housed in a framed display with three color images of Monroe. Not examined outside of frame.
33 1/2 by 30 1/2 inches, overall
unsold - Estimate: $5,000 - $7,000 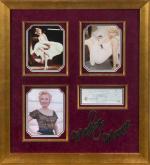 Lot 996: MARILYN MONROE SIGNED SETTLEMENT
A Marilyn Monroe signed settlement contract between Monroe and Irving Stein following the departure of Stein from Marilyn Monroe Productions, Inc. The contract is dated February 19, 1959, and signed on the fourth page by Monroe, Stein, and their respective attorneys. The final page is cut down from its original size and now measures 7 1/2 by 8 inches. According to the settlement, Monroe agreed to pay Stein $33,000 to end their relationship and any ownership interests Stein once held in Marilyn Monroe Productions, Inc. Additional notes and initials within the document not believed to be in Monroe's hand.
unsold - Estimate: $7,000 - $9,000 Lot 1028: MARILYN MONROE FRANKIE AND JOHNNY SCRIPT FROM JOHN HUSTON
A Marilyn Monroe owned copy of Frankie and Johnny (New York: Albert and Charles Boni, 1930) gifted to her by author and director John Huston. The hardcover first-edition illustrated presentation copy is inscribed by Huston on the title page "Marilyn dear/ All those years ago/ when you were hardly/ born I wrote this for/ you - the perfect Frankie/ Johnny (himself)/ Huston." Illustrated by Miguel Covarrubias, Christie’s 1999 Marilyn Monroe auction bookplate affixed to endpaper, red cover with gold gilt lettering. Huston directed Monroe in one of her first films, The Asphalt Jungle (MGM , 1950) and her final completed film The Misfits (Seven Arts, 1961). 8 1/2 by 6 1/2 inches
PROVENANCE Lot 46, "The Personal Property of Marilyn Monroe," Christie's, New York, Sale number 9216, October 27 & 28, 1999
Winning bid:$13,750 - Estimate: $10,000 - $20,000 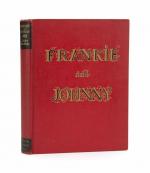 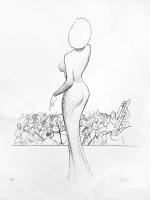 Lot n°123 : Contrat MCA ARTISTS signé par Marilyn Monroe et Lew Wasserman : copie d'une lettre de The Screen Actor's Guild on MCA stationary, daté de Janvier 1953 .
The letter requests an acknowledgement of the  change in representation for Monroe from the  William Morris Agency to MCA under the supervision  of Lew Wasserman.  Wasserman later became the  president of the Screen Actor's Guild. Johnny Hyde, executive vice president of William Morris and the man credited with discovering  Marilyn had passed away in1950.  The loss of Hyde may have precipitated the change.
Enchère du 16/06/07 , Mise à prix: US $1,600.00 (estimation: US $2,000.00 - US $4,000.00)